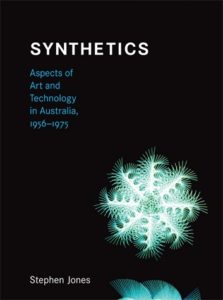 In the ‘60s science and technology, while rendering huge changes in modern life, were opening up new fields of interest which some artists, especially those interested in kinetics and abstraction, were actively embracing. Modern physics; new knowledge of light and the laser, the implications of particle physics, electronics and the technologies they were bringing into the everyday world through, for example, entertainment, medical, computing and radar technologies, all brought new ideas, new socio-political implications and potential new tools for making art. Yet for some artists it was more of a mystical than a technological interest. Asher Bilu is one of these, an artist who became fascinated with science and especially with the ways in which technology transforms light.

“I realized that when I found out about painting, one of my prime concerns was the magic of light, light in the mystical sense, illumination. [Bilu, interview, in Thomas, 1976, p.265]

He was born in Tel Aviv, Israel, in 1936 and grew up on a kibbutz. His ambition was to be a musician and he spent most of his time on his own improvising on the violin. As with all young Israelis he was required to do National Service, during which he fought in the Suez crisis. Having been introduced to painting by an art teacher on the kibbutz, while in the army it became a major interest and by the time he finished in his service he was painting full-time. He came to Melbourne from Israel in (must have been December) 1956, established a studio and was ready for his first show within six months [Bilu, interview, in Thomas, 1976, p.264]. He says of his painting:

“I have chosen to deal with abstraction because for me it provides the freedom to explore the unknown. To paint figuratively is to paint what I already know or have seen before. The language of abstraction is universal (as is the language of music) and can be accessible to anyone who takes the time to see. I want to use this language to express the beauty and the mysteries of our existence in an infinite universe of which we are only a small part.”

Bilu held this interest for many decades and in an interview for the ABC Art Show in September 2000 – Close Up: Asher Bilu – he, again, talked about how the search for knowledge motivated him.

“I’ve always had a fascination with science as a source of inspiration. Big questions really ignite the imagination. … We know so much and yet there is so much mystery still ahead of us. And what wonderful creative scope that provides for an artist to work with. It’s endless, looking into a microscope or looking up into the heavens, it’s the same thing. It’s the wonder of it all that I’ve been taken by.”

But the language of his painting is expressionistic abstraction. In a 1969 interview, Bilu commented to Laurie Thomas that he is opposed to geometric abstraction because of its lack of emotion – it is too “planned and calculated” – whereas he seeks the discovery of the mood and feeling that his spontaneous action produces using the glue-based painting technique that has become his trademark [Bilu, interview, in Thomas, 1976, p.264]. He builds up layers and textures, cutting out sections of the painting and mounting them over other layers, thus producing a three-dimensional structure that appears abstract but is a result of the natural behaviour of the materials.

Along with his interest in the mythological qualities possible in abstraction it was his interest in the relationships of sound and light that, in a way not dissimilar to Ostoja-Kotkowski’s, brought a fascination with the electronic light of the oscilloscope and the radar. In the 1969 interview, Bilu says

“Somehow I found myself attracted to the electronic medium. I feel it will open up infinite possibilities of expression. Electronics is a relatively new thing, yet it is a medium like oil paint or watercolours – just a medium – a laser today is not at all unique to me.” [Bilu, interview, in Thomas, 1976, p.265]

And when I spoke to him in 2004 he still expressed this interest, telling me that he had been fascinated with things like heart monitors and oscilloscopes, having seen them in laboratories – their traces having a line that possessed a particular drawn quality, extending into patterns within patterns [Bilu, conversation, 26/8/2004].

Early in 1966 Bilu discovered a batch of Cathode Ray Tubes (CRTs) that were light, clear glass tubes with a long narrow neck opening into a five-inch diameter green phosphor screen. While mostly engaged with painting, finding the CRTs got him interested in producing an electronic sculpture, and he came up with the idea for the Sculptron, for which George Mora (of Tolarno Galleries) provided some seed money. With that in hand he went looking for an electronics engineer – someone to translate his ideas into practical electronics – to help him make the work. The first person he asked was John Hansen (a friend of his whom I shall discuss below) who was working at the PMG Research Laboratories in Melbourne. But Hansen didn’t take up the project, as he was interested in developing his own electronic artworks. Subsequently Bilu found Tim Berriman (who worked on radar for the government) through friends. Berriman took him to the control tower at Essendon Airport (the main domestic airport in Melbourne at the time), presumably to show him what he worked on and again Bilu was entranced by the glowing abstract quality of the radar trace. He described Berriman as a brilliant engineer and “nice soft guy”, who seemed perfect. As Bilu couldn’t pay him, the work was done when Berriman had the time and it took a year to build [Bilu, conversation, 26/8/2004].

The electronics for the Sculptron were built with vacuum-tube (valve) technology, despite transistors and even a limited range of integrated circuits (“chips”) being available at the time. It is not certain as to why the decision to build in valve technology was made, but given that Berriman was working with radar, which had developed in that technology, and that transistors were still very expensive and unreliable these two factors at least would have made valves the sensible way to go. However there were lots of design problems due, partly, to the fine wires they used and to the fact that the arms needed to be able to move. When they first turned it on there was obviously something wrong since it started to smoke, but Berriman got that figured out and they finally got it to work.

The Sculptron consisted of eight CRTs hung like pistils in flowers made from hemispherical Perspex bubbles with strips of reflective material laid onto their insides and looking rather like the petals of these electronic flowers. The petals were a purplish-pink that complemented the green glow of the light coming from the CRT screens. The images on the CRTs were Lissajous figures, which took on a three-dimensional quality, produced by free-running oscillators that could be tuned with the knobs on the box sitting in the middle of the stem or could be modulated by picking up sounds from people in the room. Control of the device was enabled through a patch panel so that different combinations of oscillators and microphones could be connected together for different images.

Patrick McCaughey reviewed the sculpture when it was finally presented in July 1967 at Tolarno Galleries. He provides us with a useful description of what it looked like and its impact on the viewer:

“At first sight the work is remarkably simple. [Eight CRTs], each looking like small, circular television screens, sprout like branches from a stainless-steel stem. On these [eight] screens abstract light images are in constant movement. One image resembles a star flickering and exploding. In another a circle slowly and spasmodically oscillates; in another a tangled skein of light endlessly weaves and criss-crosses over the screen.

“As spectators we are engaged both imaginatively and physically. Our presence before the Sculptron changes its images and so on.

“This is one of the central qualities of the work – that it involves the spectator in a more immediate and living way than static works of art. Hence the Sculptron is almost an apotheosis of 20th-Century art where the work becomes an event in which spectator and work are bound together.” [McCaughey, 1967]

As Mark Strizic’s photographs show, the Sculptron was beautiful to look at, both as a piece of sculpture and as a musical instrument. It ran in the gallery for about a month, without breaking down. After the show Bilu took it home to his house in Canterbury, where it lived in a room of its own. But there it slowly began to break down – they couldn’t sell it and, given that it was breaking down, they needed to do a proper version of it for which they lacked the money. Bilu told me that Waldo Rasmussen from Museum of Modern Art in New York, had been visiting Australia and Mora brought him around – he was “knocked out” [Bilu, conversation, 26/8/04]. However, Bilu commented that finally he was left with an empty feeling because of the difficulties of keeping it running and properly calibrated. Berriman had devoted a lot of time to the project and Bilu felt that he wanted to be able to buy the expertise, not depend on the goodness of somebody else. Nevertheless it was an extraordinary technical achievement especially given its compact arrangement and its considerable responsivity to environmental and audience sounds.

Although Bilu is primarily a painter, albeit of very much three-dimensional paintings, he has continued his interest in light sculptures. His Infinity Tower (2002) built from wire mesh rolled into tubes and lit stands in his garden. While not responsive in itself, it leads on to the responsive in Explanandum, a large scale installation (built in collaboration with the lighting designer Philip Lethlean) using cones of wire mesh and programmed lighting where the lighting responds to the sounds around it and its focus moves “gradually dissolving and highlighting different sections of the installation”. [Bilu, 2002] However these works are beyond the scope of this project.